The History of Coffee

We all like to enjoy our favorite hot drink in the morning, but we rarely ask ourselves the question of the history and origin of coffee. Where does coffee actually come from and how was it discovered in the first place?

How Long Has Coffee Been Around?

It is the big price question, which to this day no one can answer with any degree of certainty. Instead of clear information, it is more legends and myths that surround the history of coffee.

One of the many legends says that it was healers from Africa who once watched their goats, which in turn ate coffee cherries. They could still actively jump around at night and were not as tired as other animals that had not eaten on the coffee plants.

This stimulating effect aroused the interest of the local population, who in turn experimented with raw and cooked coffee cherries. This legend was recorded in the book “De saluberrima potione cahve” by Antonius Faustus Naironus in 1671. However, coffee was first mentioned as early as the 9th century, although at that time the leaves were still cooked like tea.

So while the year is a mystery, the origin of the word “coffee” itself is much clearer: the term comes from Arabic. Their vitality or strength is called “qahwa”. The coffee plant was first classified botanically by the Swede Carl von Linné in 1753. 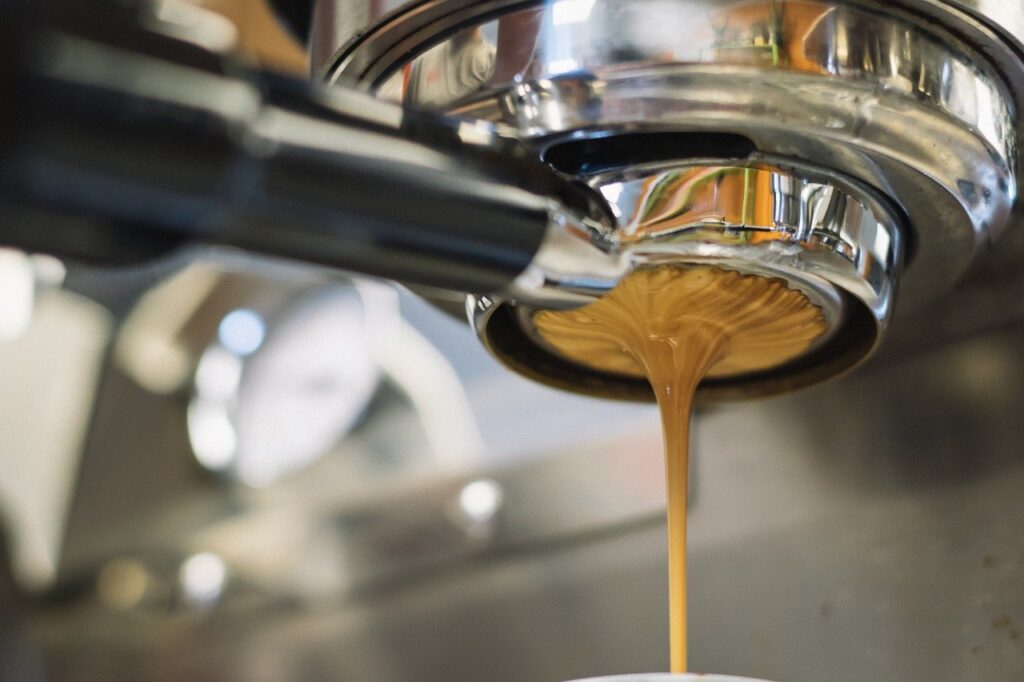 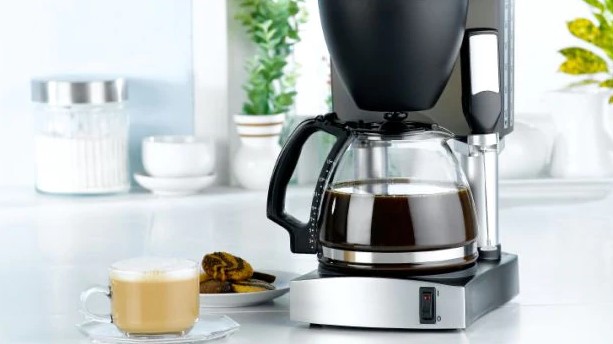 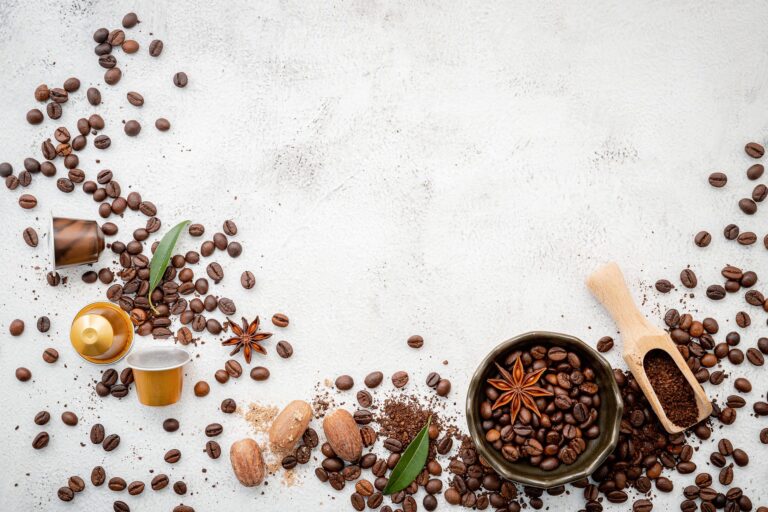 Where Does The Coffee Plant Come From?

Like the question of time, the question of the origin of the coffee plant cannot be clarified properly. However, it is certain that the plant genus Coffea comes from the African tropics. Meanwhile, it only reached other continents much later, when it was transported by humans, for example, to the growing region of Latin America, which is popular today.

Coffea Arabica most certainly comes from Ethiopia, more precisely from the Kaffa region. This is one of the reasons why the highlands of the African country are still considered the home of the most popular coffee beans. Robusta once grew in lower regions in nearby Uganda around Lake Victoria. There was the typically warm, humid climate that the Robusta plant prefers.

Over the years, the coffee plant spread more and more, for example to Yemen around the 14th century. Coffee cultivation soon found the Arabic region in a unique role as a monopoly. Here the city of Mocha in Yemen blossomed into a true commercial metropolis of its time.

Mocha is also called Mocha and nowadays it is officially called al-Mukha. 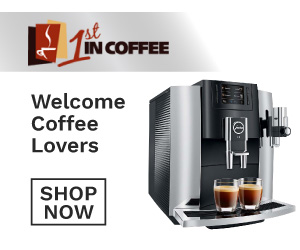 The Spread of Coffee

The colonial powers played an important role in the history of coffee for the further spread – but at the same time for the decline of the Arab monopoly.

Indians and Dutchmen stole coffee beans and cultivated plants. The Dutch, in particular, brought the plants with them to their colonies all over the world. Sri Lanka, Java, Timor, and Sumatra are just four places that are now known as classic coffee-growing regions.

The European nations benefited greatly economically from coffee and continued to expand their trade routes in this way. As France and Great Britain followed the Dutch with their own colonies, coffee cultivation became more and more intensive worldwide.

However, it took almost two centuries before coffee fully fascinated the Ottoman Empire. The first coffee houses opened in Istanbul to enjoy the hot drink together, although the ruler at the time, Murad IV, thought little of it. Rather, he had coffee officially banned and, on the basis of this law, even destroyed various coffee houses that had not complied with the regulation.

Also towards the end of the 16th century, there were the first stories about coffee in Germany. Ironically, it was in the beer Mecca of Bavaria that a doctor from Augsburg reported on his trip to the Orient.

There, of course, he had also come across coffee, which had long since spread like wildfire in this region of the world. Other travelers insisted on bringing coffee to Germany and other European countries.

The novel drink was quickly received positively and led to a development comparable to that of the Ottoman Empire. Coffee houses sprouted up in the then metropolises like London and Vienna in the 17th century. Germany followed a little later with the first coffee house in Bremen in 1673.

Phase 3: Coffee As A Global Commodity 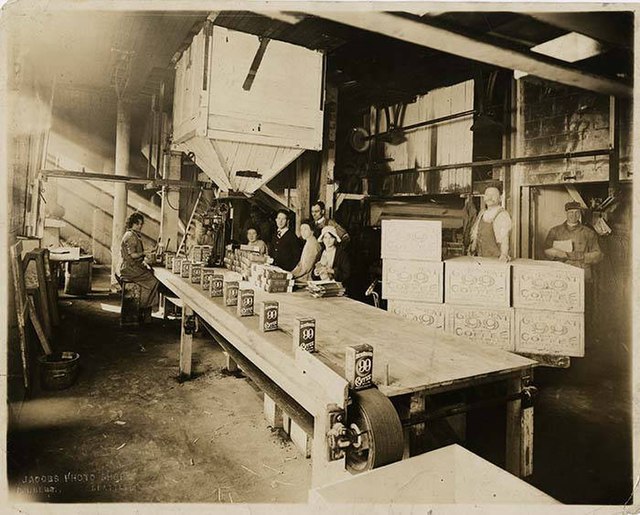 Once coffee had reached the major European powers, nothing stood in the way of large-scale commercial use. Especially as an imported product, coffee became increasingly important in Germany, for example. The same gradually applied to North America, where consumption was also increasing.

In the 19th century, the coffee trade again experienced great momentum. He owed this above all to the industrialization that was taking place in Europe and North America. This made it much easier than ever before to transport coffee beans across the seas with steamers. There were also other devices, such as those for roasting coffee, which made life much easier for coffee traders.

And the communication, which was possible worldwide faster than ever before, ensured improved trading conditions on the stock exchanges, where coffee prices have been traded for some time now.

Once coffee had conquered the world, its triumphal march could no longer be stopped.

The 20th century was defined, among other things, by two world wars, which also had an impact on the history of coffee. After all, the internationally stationed soldiers were the target group of instant coffee. This lasts for a long time and was also easy to produce industrially in large quantities.

But not only the actual target group was quickly convinced of the advantages of the long-lasting coffee so that today it can be found in every supermarket in the country. There is also the option of drinking the coffee decaffeinated. This makes it accessible to people who previously suffered from caffeine intolerance.

In 2019, more than 10 million tons of green coffee were harvested all over the world.

By far the largest producer is now Brazil. In the South American country alone, 3 million tons of green coffee were collected. This is followed by Vietnam, Colombia, Indonesia, and the country of origin of the coffee, Ethiopia. There, coffee is still the country’s most important export product.

After crude oil, coffee is the second most important commercial product in the world. No wonder, since the worldwide export of coffee is worth almost 20 billion US dollars. However, since it is a natural product, fluctuations are always the order of the day, for example, due to drought phases that can destroy entire harvests and have repeatedly done so in coffee history. The consequences were value and export slumps, which usually take several years before the usual price level and the well-known scope of delivery are reached again.

What will the eventful history of coffee have in store for us in the coming century?

Disclosure: We use affiliate links in some of the products that appear on this page. This helps our site cover the costs of the site, Thanks for your support. Read more